(VBSP News) Customer Pham Thi Ngoc Loan feels grateful for VBSP’s loans that have helped her have a better life and be able to help others. 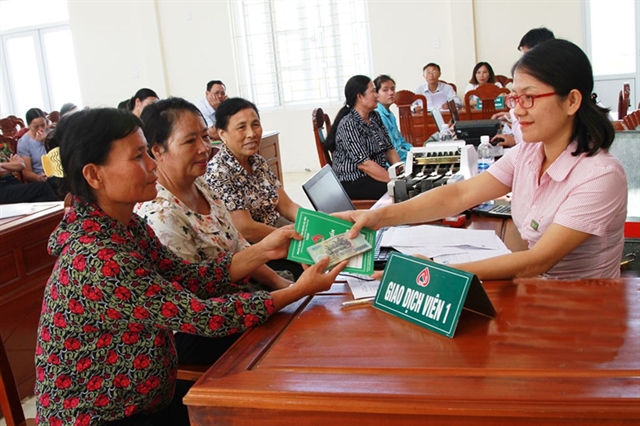 Ten years ago, she left her hometown in Vang Quoi Tay Commune, Binh Dai District, Ben Tre Province, to HCM City to find a better job. She worked in a restaurant and then for a garment company. However, the garment worker's salary was only enough for daily life and she wanted to find another job. At that time, her mother was sick and she decided to return to her hometown.

While working at a sewing company in HCM City, Loan bought a sewing machine to make clothes for shop owners in HCM City. She received many orders and couldn't do it alone. She borrowed money from relatives to buy three more sewing machines to hire workers. Loan said the transformation was thanks to loans from the fund for employment of VBSP – Ben Tre Branch.

She borrowed VND 12 million (US$517) from VBSP and VND 4.7 million from the provincial Women's Economic Development Fund. She used the money to purchase more sewing machines and hire more laborers. "I wanted to expand production but always faced difficulties. I was afraid that local workers would fail to meet the technical requirements for clothing orders," Loan said.

“In order to maintain production and employment for local women, I decided to switch to making bedding sets.” According to Loan, this product is easy to sew and does not require much technique. From only one sewing machine in 2014, now, she has 40 machines. Loan has created jobs for about 50 women in the locality, including 10 women who receive products to work on at home. Most of them were in difficult circumstances and did not have stable jobs. Now, they have a job and stable income each month by working for Loan's workshop. They can earn VND 3-9 million (US$130-$388) per month.

"Loan taught me to sew then offered me a job in her workshop after three months of learning. I have a stable job and can take care for my family," said Ho Thi Phuong Em, a local poor woman in Vinh Hoi village. Each day, Loan's workshop makes more than 1,000 bedding sets. Loan said she wants to expand production because she receives many orders.

"Despite receiving many orders, I have not dared to expand production. I think I should develop production step by step to ensure the quality of my products and keep a reputation with customers," said Loan. In 2018, Loan received an award for entrepreneurs in small-scale production for her successes in work and supporting local women with stable jobs. Loan is not the only one who has benefited from the bank's loans. Le Thi Thuan, a resident in An Dien Commune, was also able to grow a household business thanks to the loans.

Thuan borrowed VND 4.7 million from the Ben Tre Province's Women's Economic Development Fund in 2016 to buy crabs for breeding to raise in rice fields. A year later, she used money she had saved to buy a female cow. Now, her family has a herd of five reproductive cows, earning VNĐ60 million each year. Thuan said five years ago, her family was a poor household and had only 4,000m2 of rice fields.

She and her husband had to do many jobs to earn enough money for their kids to go to school. After getting high profits from raising cows, she decided to transform the 4,000sq.m of rice fields, which had been affected by salty water, to use for the cows. "The loan has helped my family improve our daily life and my children can study," Thuan said.

Nguyen Thi Thu Ba, director of the Women's Economic Development Fund, said Loan and Thuan are two of many outstanding women who have taken advantage of the fund's small capital to do their own business. Ten thousands of rural women and poor households have benefited from the loans over the past five years. Their living standards have been improved, according to Ba.