THE GOVERNANCE STRUCTURE OF VBSP

1. The Board of Directors

The Board of Directors (BOD) comprises 14 members, among them the Governor of State Bank of Vietnam is the Chair-person. The two full-time members are the General Director and the Chief of Supervision Board. The twelve part-time members are Vice Ministers or equivalent-ranking officials of relevant ministries, agencies and mass organizations.

The BOD is in charge of governing VBSP’s activities; issuing directions, policies, and the annual and five-year development strategies for VBSP; deciding the operational and organizational mechanism of VBSP at various levels; passing resolutions of the BOD on an ad-hoc, quarterly, and annual basis.

In addition, the part-time members of the BOD directly steer their own agencies to take part in managing and overseeing VBSP’s activities.

* BOD’s Advisory Team has the function of advising BOD on the governance of VBSP. Members of the Advisory Team are senior experts nominated by ministries, agencies, and mass organizations that have their representatives on the BOD of VBSP. Other experts may be selected by the Chairperson of BOD.

* BOD’s Supervision Board is responsible for surveillance and supervision of the activities of Representative Units of the BOD at the provincial and district levels and of the Management Board of VBSP with respect to the execution of the Government’s directions, policies and laws, VBSP’s charter, and BOD’s resolutions and decisions.

* Representative Units of the BOD at the provincial and district levels: as the representatives of the BOD in the local area, these units are tasked with supervising the implementation of BOD’s directions and resolutions by VBSP’s provincial branches and district transaction offices. These units also jointly give directions on the linkage of policy-based credit provision, poverty reduction, and socio-economic development projects in local areas so as to better utilize capital source. 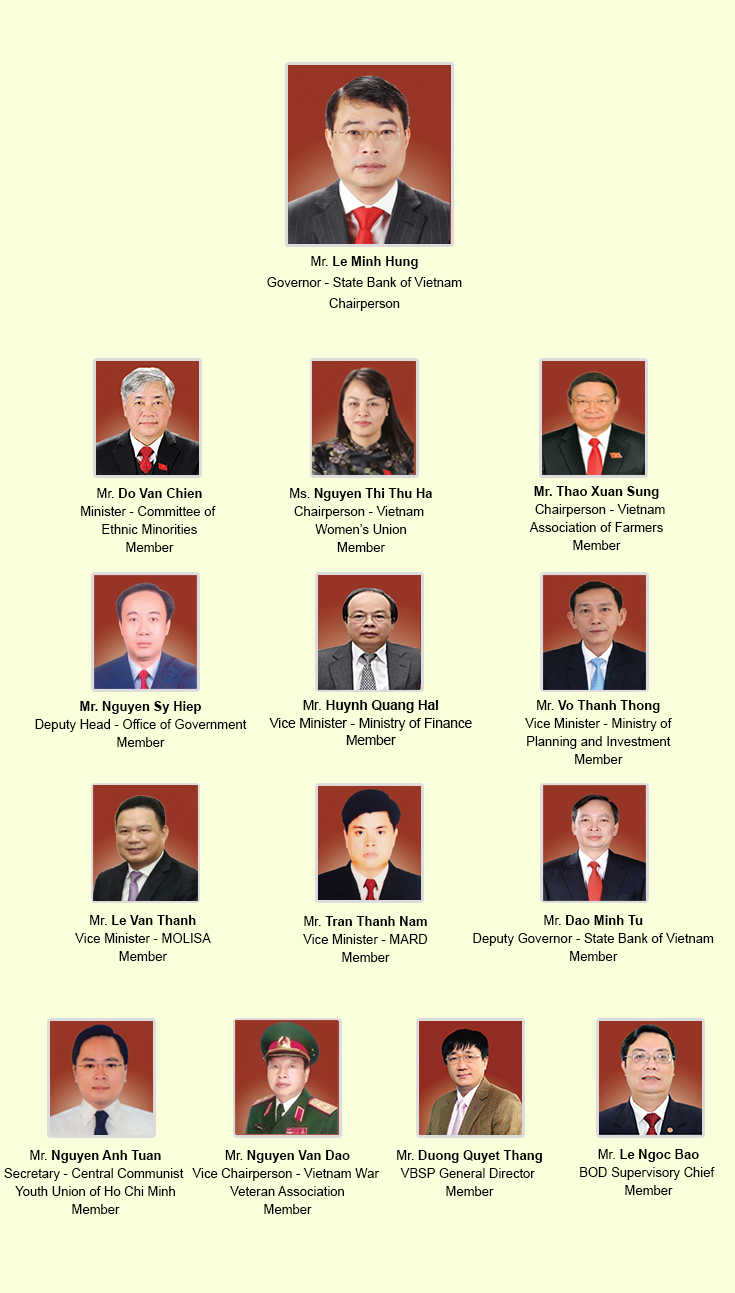 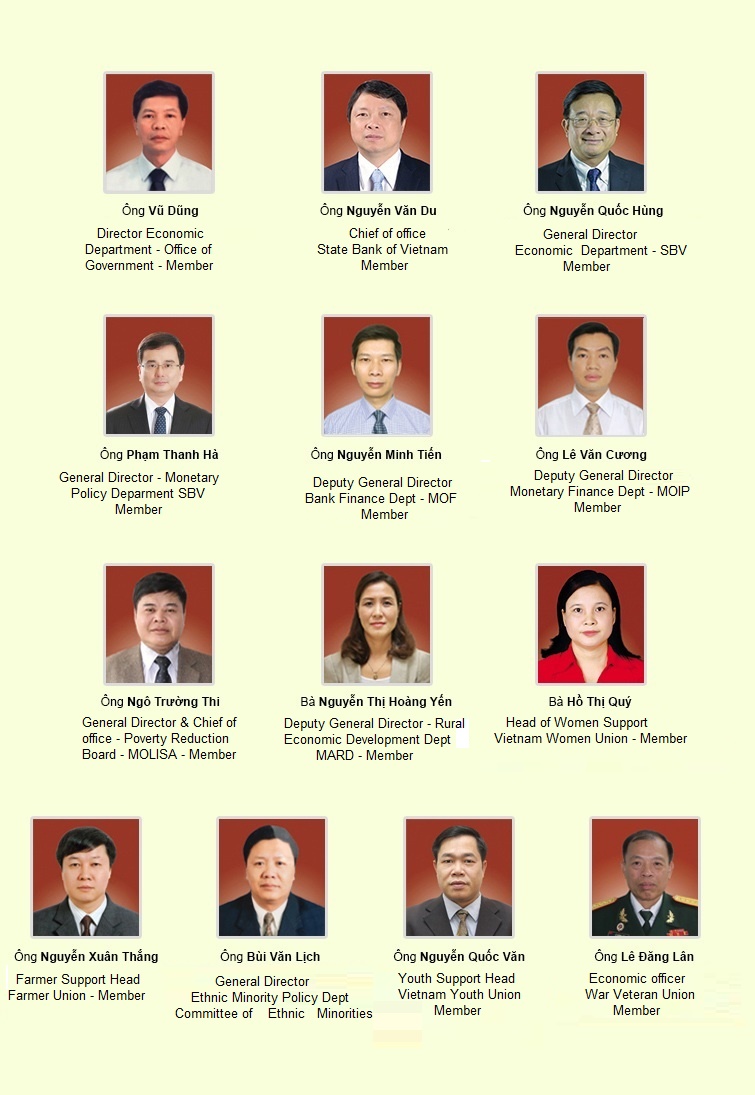