(VBSP News) In the New Year of Cham ethnic people, officers from VBSP’s Ninh Phuoc District visited Mr. Luu Quang Bong's house. The better life made his family happy to welcome the credit officers who have helped his family to escape from poverty sustainably.

As a literature teacher, Mr. Luu Quang Bong understood that investing in education is the only way to escape from poverty sustainably. Using policy capital, he paid for his 4 children to complete schooling.

Our four children realized that their family was so disadvantaged, so they were very studious. Three of them went to college and one learned preschool pedagogy. Without the Party and the State’s support, our family could not afford to our children’s study.

In addition, in Hai Lang lowland district, the resident's life depends mainly on two crops, so it is extremely difficult for their children to go to college. Amidst many families letting their children quit school to go to the South of Vietnam for work, Mrs. Nguyen Thi Anh and her husband were still determined to help their children to go to school because they understand that learning is the only way to escape from poverty sustainably. 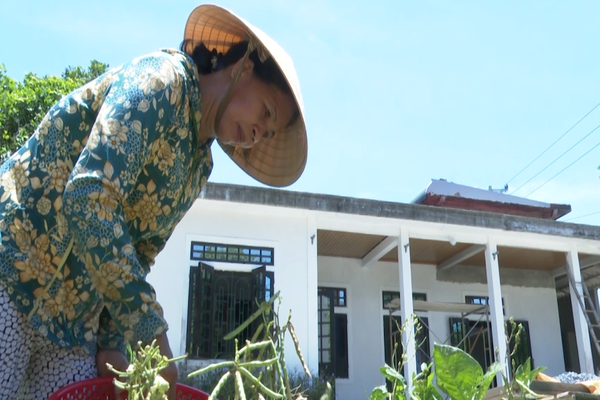 Thanks to the timely support of policy credit for students, she nurtured four children to become successful people, have good jobs, and do not have to rely on agriculture.

When we got married, both family sides were very poor. I suffered so badly, I was determined to struggle to afford my children schooling at any cost.

Thanks to the Party, the State and the VBSP, I can borrow money to buy land for coffee planting to raise my children during their childhood. After they grew up, VBSP loans gave me the ability to raise four children to attend school properly.