1. Tran Duy, 25, of An Long commune in Tam Nong district, for instance, was from a large, disadvantaged family, and after finishing high school decided to go and work in Japan. He worked in the food industry for three years until November 2018 for an average monthly salary of 30 million VND (1,300 USD). Duy managed to save 500 million VND by the time he returned. He said with the knowledge and skills he had acquired, and the money, he is ready to start a business in his hometown. On average, a person working abroad sends home 20-30 million VND a month, helping change the financial condition of their family. 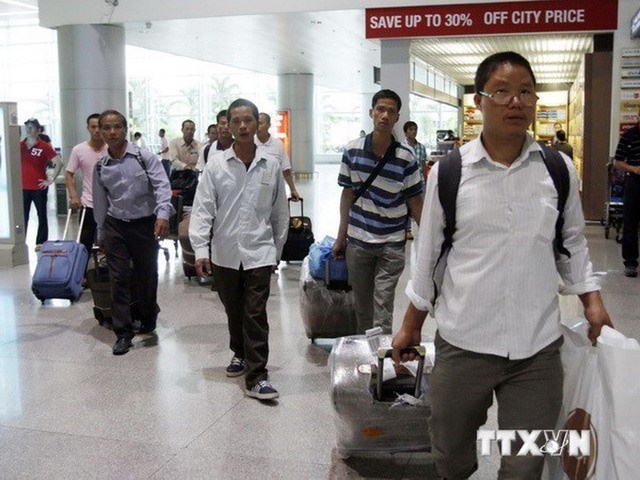 2. Bui Thi Tre of Gao Giong commune in Cao Lanh district said her son and daughter-in-law went to work in Japan right after the birth of their first child. She had to borrow over 300 million VND to send them. “At first they said it was difficult since they missed home and their child, and the working hours were demanding. But now they are used to it and send me around 40 million VND a month. “Thanks to the money, I have paid off the debt and now have a savings account.”

3. Le Van Thuong of Doc Binh Kieu commune, Thap Muoi district, has two children, both with pharmaceutical intermediate degrees, working in Japan now. “At first I did not agree [to let them go to work in Japan], but they told me they wanted to go there to learn new things and not just to make money. Then I said ‘yes’." His children send home around 40 million VND a month, which Thuong has been saving up for them so that when they return they will have capital to start their own businesses.