(VBSP News) The active engagement of VBSP has provided ample support the government’s efforts to combat the pandemic and protect the most vulnerable in society. 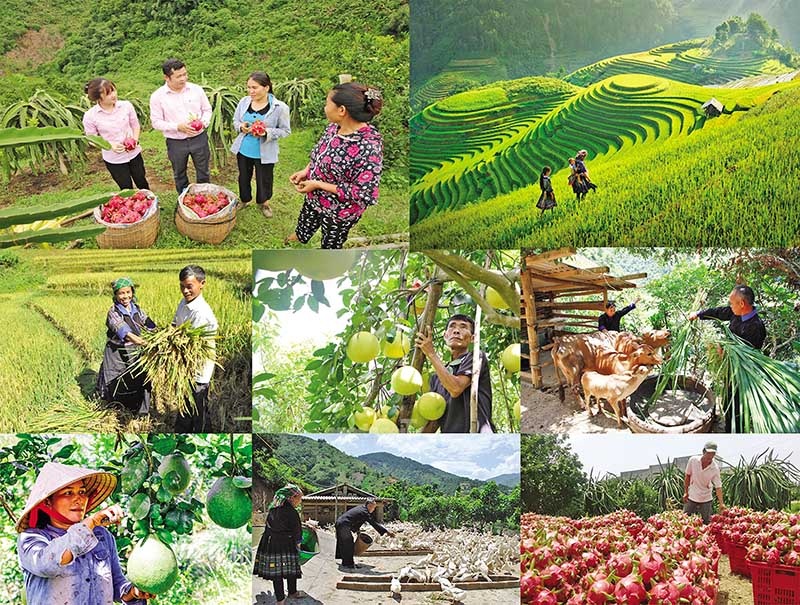 Deputy Director of VBSP’s Hanoi branch Pham Van Quyet shared that as the bank’s customers are mostly needy households and policy beneficiaries, they are the most vulnerable to pandemic or other emergencies.

The COVID-19 pandemic has been leaving huge impacts on both people and businesses, casting a big dent on families’ income sources. One it is brought under control, people will be able to return to production and trading, but the capital issue will be one of their biggest concerns.

Taking lending to support people to restore production and trading during the pandemic as its main task, right after the city’s leadership assigned VBSP's Hanoi branch to disburse a VND500 billion ($21.74 million) bailout package among affected people, the bank has been working with local management bodies to ensure capital would find its way to the right people in time.

Albeit the loan limit is set at VND50 million ($2,170) for two years, it has proved efficient in supporting affected people to rebound.

Do Thi Mai Huong, a 38-year old resident of Hanoi’s suburban Soc Son district, has lost her job a little after COVID-19 broke out. She decided to stay at home and raise poultry and cattle. A timely loan from VBSP Hanoi branch helped her buy more cattle for breeding and improve her life on the long term.

In its first years of operation, the bank had proposed a raft of measures to replenish capital sources, gradually calling for support from the whole political system and the society to materialize the national program on poverty reduction to enhance social well-being.

By 2010, VBSP had deployed 18 credit programs rooted in its three initial credit programs. The programs aimed to improve the life of the part of population with lower than average living standards and realize the government’s target for balanced socio-economic development.

In its 2011-2020 economic development strategy, new challenges to the poverty reduction cause highlighted the need to take stronger steps in policy credit.

Accordingly, VBSP’s development strategy focused not only on efficiently supporting the government’s poverty reduction cause but also contributing to the implementation of the National Socioeconomic Development Strategy for 2010-2020 as well as the national target program on building new rural areas.

VBSP has bridged the whole political system and society by implementing social credit policy, with an eminent example being the introduction of Directive 40-CT/TW of the Politburo on strengthening Party’s leadership towards policy credit with VBSP consultation.

The sustainability of capital sources and financial strength of VBSP was significantly enhanced from 2017 when for the first time the bank received capital allocation deducted from the state budget's medium-term investment plan for 2016-2020.

According to Duong Quyet Thang, VBSP general director, as of September 20, 2021 the total outstanding balance of policy credit programs reached VND242.3 trillion ($10.53 billion), VND16.1 trillion ($700 million) more than at the end of 2020, committed to over 6.4 million needy households and other policy beneficiaries.

The balance from the credit programs assigned by the PM came to VND207.2 trillion ($9 billion), fulfilling 82 per cent of the year’s plan.

Notably, right after the government deployed policies to support pandemic-hit people, VBSP has instructed its whole system to disburse capital for 921 employers with a total sum reaching VND462 billion ($20.1 million) to pay salary to about 130,990 laborers.

In addition, in the first nine months of 2021, the VBSP system lent out VND61.23 trillion ($2.66 billion) to more than 1.5 million needy households and other policy beneficiaries.

Even as the balance of policy credit programs has been constantly growing, debt quality remains stable. Overdue debt and frozen debt volume accounts for 0.7 per cent of the total balance, with overdue debts only making up 0.25 per cent.

“The Board of Management at VBSP will need to pass further measures to support expatriate laborers post-pandemic,” Hong said.