(VBSP News) Policy credit has become the main pillar helping Ha Nam province to realize the national target program on sustainable poverty reduction, completing the task of building a new countryside along with guaranteed social security in the province. 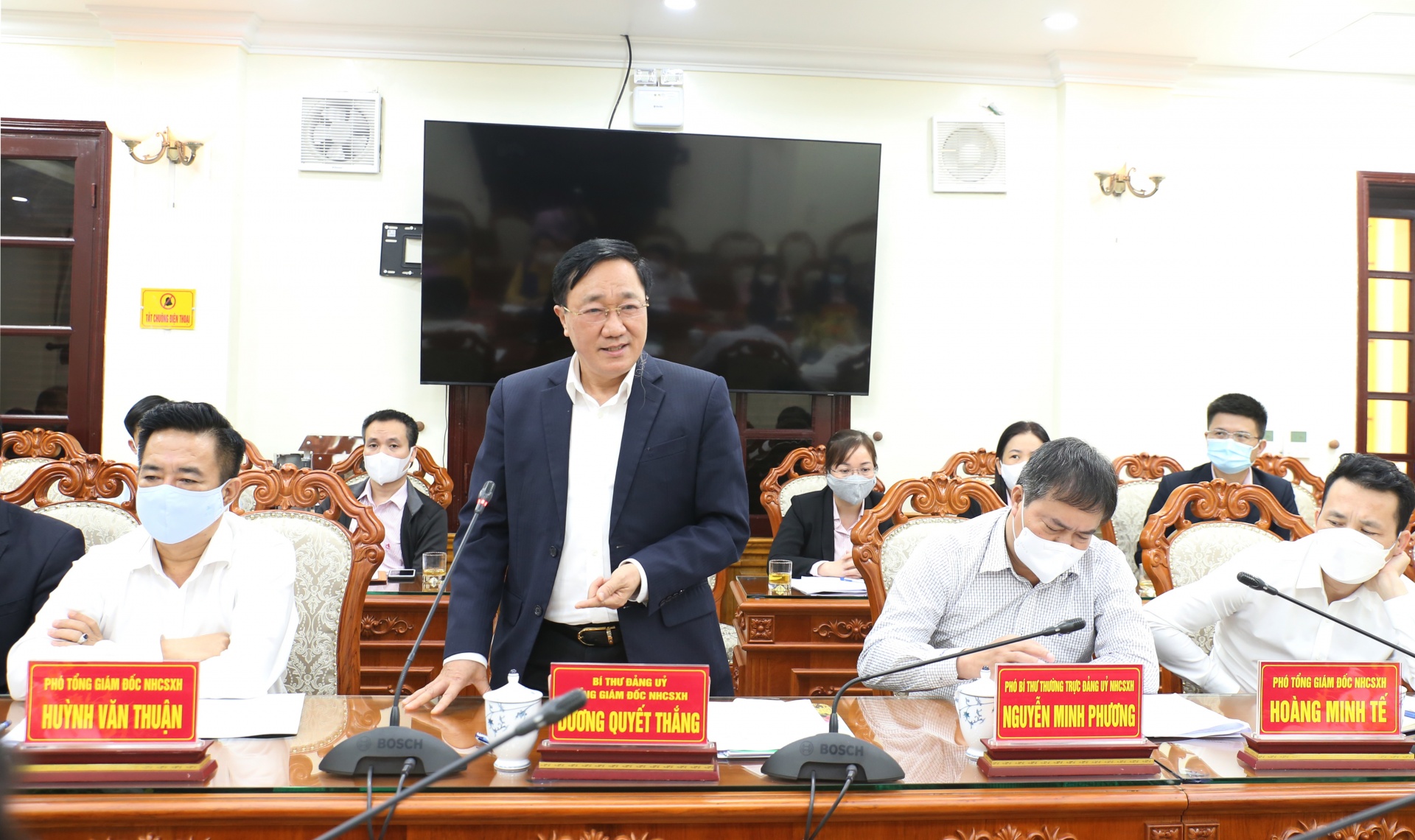 Along with this, the poverty rate in the province was pulled down from 14.24 per cent in the period 2006-2010 to 1.55 per cent in 2021. As of February 28, the total credit volume at the Vietnam Bank for Social Policies’ Ha Nam branch (VBSP Ha Nam) surpassed $99.5 million, an increase of 17.7 times compared to when it was first established in 2003. In which, entrusted capital from the local budget amounted to nearly $4.26 million, accounting for 4.3 per cent of total capital, an increase of $3.8 million or 9.47 times higher compared to the period before the enactment of Directive No.40-CT/TW in 2014.

From two initial credit programs in 2002 with a total outstanding balance reaching $5.6 million, by March 2022, VBSP Ha Nam is implementing 10 main credit programs with a total outstanding balance reaching $99.17 billion, with nearly 46,200 borrowers, an increase of $93.5 million or 17.65 times higher than when it was established. In the past two decades, the branch’s total loan value of about $334.7 million has been provided to more than 404,000 needy households and other policy beneficiaries, from there helping over 45,000 households to escape poverty, as well as creating and maintaining jobs for 30,000 laborers.

In addition, over 1,100 employees took loans to work abroad for a definite time, and more than 55,000 students with difficult circumstances took loans to cover study expenses. During the period, the loans had supported the construction and renovation of over 260,000 rural clean water and sanitation projects; supporting the construction and repair of nearly 3,500 houses for poor households. Until March 31, VBSP Ha Nam lent out $739.5 million to help employers make severance payments for more than 5,340 workers who lost their jobs due to the pandemic.

Le Thi Thuy, secretary of Ha Nam Party Committee and chairwoman of Ha Nam People's Council, said that the need for social policy credit in the province is quite large, including the loans to support job creation, job maintenance and expansion, and especially the social housing loans, but the funding for such loans is very limited.

Accordingly, Ha Nam’s secretary proposed VBSP Ha Nam to pay attention to growth in capital sources for 2022-2025 and the following years, particularly the loans to support job creation and social housing in light of Resolution No.11/NQ-CP of the government.

VBSP General Director Duong Quyet Thang said that central capital sources have basically met the demand for loans from needy households, students, and workers going abroad to work. With respect to loans supporting job creation, maintenance, and expansion, VBSP would arrange reciprocal capital equivalent to the funding from the local budget. As of now, the proportion of loans earmarked to Ha Nam’s job creation program only accounts for about 10 per cent of the total outstanding loan balance, the lowest in the country.