Thanks to the SMS service, the group leader is more trustworthy

(VBSP News) Mr. Triệu Cheo Nha is a head of a saving and credit group of 43 households with a loan balance reaches 720 million VND. He said that since the VBSP’s SMS notification service, his life has changed. 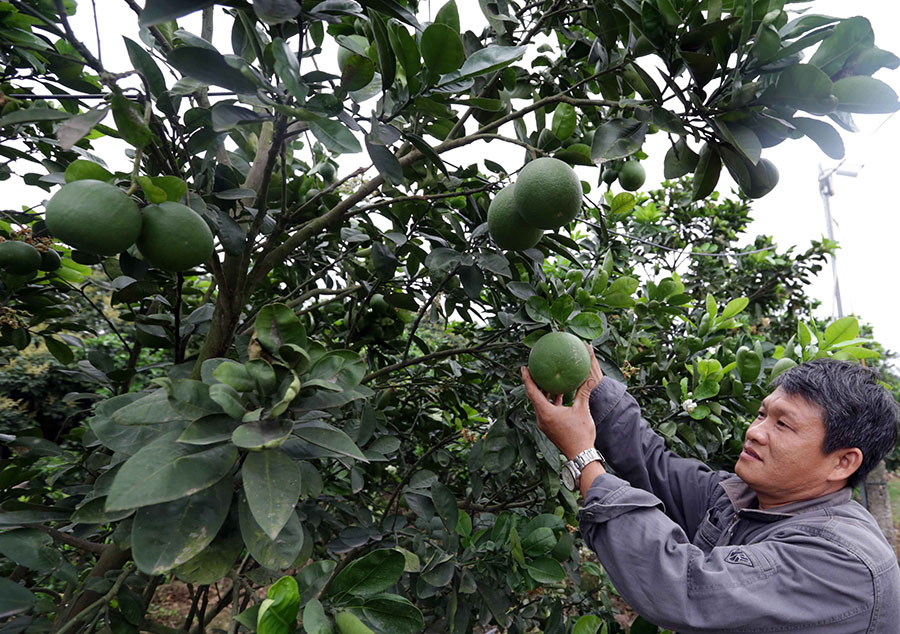 Mr. Triệu Cheo Nha is a 36-year-old married Yao shaman, father with three kids. He lives in a mountainous commune of Bát Xát district of Lào Cai Province. He is the head of a saving and loan group of 43 households with a loan balance reaches 720 million VND. Mr. Nha also had loaned 30 million VND under poor-household category. Recently, he loans 50 millionVND from a poverty reduction credit program. In his group, the majority of loan-receivers is male, with an exception of one household which the wife’s name is on the loan paperwork (because the husband has issue with his name on legal documents). It is a custom of Yao people to receive a new name after their coming-of-age ceremony (lễ cấp sắc). In this case, the previous name of the husband is still kept on-file at the Commune People’s Committee, and that does not match with his current name.

Mr. Nha recounts that members of the group used to think that SMS from VBSP was fraudulent, so they just ignored it. Mr. Nha’s village is located on a hill with steep slopes. Majority of the roads are still made of dirt, which is extremely difficult to transport while raining. Before having SMS notification, he has to come to each and every household to notify them himself. People often went to work on the field, so he can only meet them early in the morning or late in the evening. Majority of households in the village is in difficult circumstances, so if there was no notice in advance, they would not prepare the money in-time to submit to him. There was a time when he came to collect interest at a household, people rushed out to sell something in the house to get the money. They would sell some paddies, chickens, etc. It took him about two days to travel around the village to collect interest. There were times when he couldn’t meet them because they had migrated for work, or had not prepared the money in advance, so he had to come back again. He spent approximately 20 minutes at each household to explain to them. Therefore, he only had time to come to 3-4 households in a morning or evening. On average, it would cost him a tank of gasoline for each interest collection period (60-70,000VND/motorbike tank). During this period, his wife and kid had to handle all the housework, such as cooking, planting, etc. by themselves.

Now with SMS notification, people have displayed more trust towards him, and also taken his words more seriously. This is because if he only mentions the loan, people would not trust him. Now with SMS, people have access to their loan-related information themselves. Now Mr. Nha only needs to spend one morning to collect interest. It reduces his transportation time, so he has been spending that extra time on housework, such as cooking, cleaning, etc., having conversation with his children… He feels happier and more connected to his family. With the recent loan from VBSP, Mr. Nha is building a good-size buffalo barn.

He intends to buy all the sick and weak buffalos in the village, and takes care of them. He believes that with the indigenous medicinal knowledge of Yao people, he will be able to bring the buffalos to recovery, which in turn will provide stable income to his family and other Yao households in the village as well.