(VBSP News)The rate of poor households in ethnic minority areas accounts for 52.7 per cent of the total in Việt Nam between 2016 and 2018. 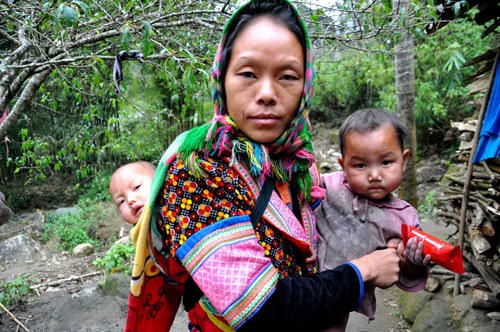 The rate of poor households in ethnic minority areas accounts for 52.7 per cent of the total in Việt Nam between 2016 and 2018. — Photo dansinh.vn

The number of poor ethnic minority households accounts for 52.7 per cent of the country’s total poor households, according to Đỗ Văn Chiến, Minister-Chairman of the Committee for Ethnic Minority Affairs.

These households were located in the country’s most disadvantaged areas of the country that are rarely included in Government support policies, Chiến told the National Assembly on Tuesday morning.

The State budget – the major source of financing for local authorities – was not sufficient to carry out some support policies for the socio-economic development of those areas, he said in a report summarising the last three years of implementing socio-economic policies for ethnic minority people.

Those factors had made the life of local ethnic minority people harder, making it difficult for local authorities to complete approved projects and policies and resulting in poor living conditions for local people, he added.

About 21 per cent of the ethnic minority population above the age of 15 were illiterate despite improvements in education and training as the quality of educational programmes remained below par while accessibility to educational activities is low for ethnic people, Chiến reported.

Other issues included a low percentage of ethnic people visiting health clinics despite a high rate of health insurance issuance and the disappearance of traditional activities among ethnic minority people.

In addition, those areas also suffered from under-performance among a number of government agency officials and poor co-ordination between the Government, its agencies and local authorities, he said.

Despite the problems, there were also a number of achievements over the last three years of implementing socio-economic policies for ethnic minority people.

Between 2016 and today, the Government has issued 41 documents focusing on the socio-economic development of ethnic minority regions, invested in more than 9,100 infrastructure projects and maintained nearly 3,300 projects.

More than 720,000 ethnic people have enrolled in vocational training. The Việt Nam Bank for Social Policies has lent more than VND 45 trillion (US$2 billion) to 1.4 million households to develop their own businesses and improve living conditions.

Positive results were also seen in other areas such as education and training, healthcare, cultural preservation and information-communication.