VBSP News - Thanks to VBSP’s preferential credit under a Government resolution on developing animal husbandry, many households in Quang Binh district in the northern mountainous province of Ha Giang have expanded their production of tea, oranges, and buffalos, and cows. 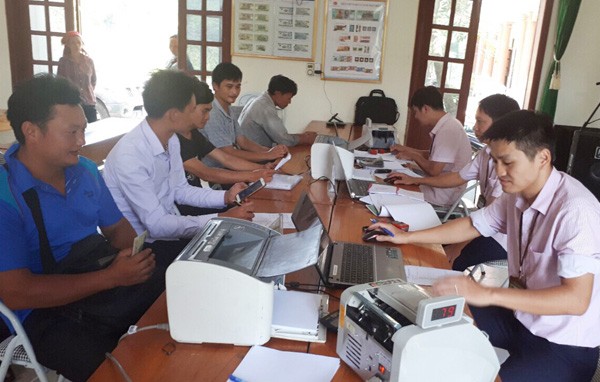 At a branch of the Bank for Social Policies in Quang Binh district. (http://baohagiang.vn)

By the end of last year, more than 1,000 local households had applied for loans totaling more than 3.7 million USD.

Nguyen Van Son’s family in Mac Ha hamlet is a case in point. He spent 95,000 USD in March on a farm where he raises a herd of breeding pigs and pigs for market. Now he has expanded the farm to include 5,000 fowl and has hired 2 employees for more than 200 USD a month.

Vang Sao Thanh of Yen Thanh hamlet borrowed 4,300 USD to raise cattle and poultry. Thanh says in one year the model has helped his family stabilize their life.

“The government’s loan that is interest-free for 3 years has enabled us to raise breeding buffalos. In 3 years, we will be able to repay the loan. Until we have to repay the government, we can buy additional buffalos to increase our capital,” Thanh said. 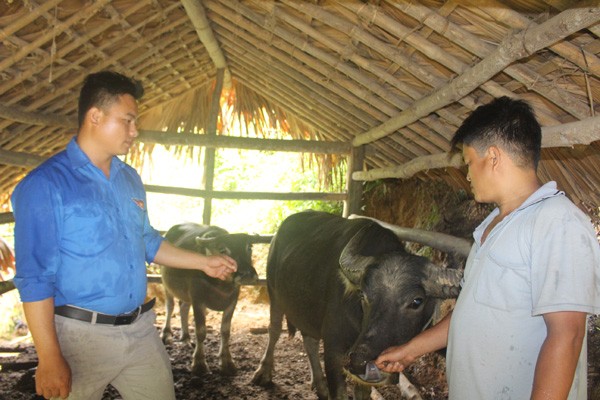 He said the hamlet administration is urging locals to increase grass production and build standard cattle sheds. This will make it easier for them to obtain loans. Coordination has been improved with agencies that can find outputs for local farm produce.

“Over the past 2 years, more than 70 households have received loans worth 300,000 USD, 56 of which have invested in orange trees grown to VietGAP standards. The preferential loan program has generated jobs and contributed to local socio-economic development and poverty reduction. People have responded positively to the program, hoping it will make their fortune,” Mr. San added.