(VBSP news) The achievements from VBSP's inclusive financial services to the women have made great contributions to gender equality as the World Bank (WB) assessed: Vietnam is a country that has achieved the fastest change in eliminating gender gaps in the last 20 years in East Asia. 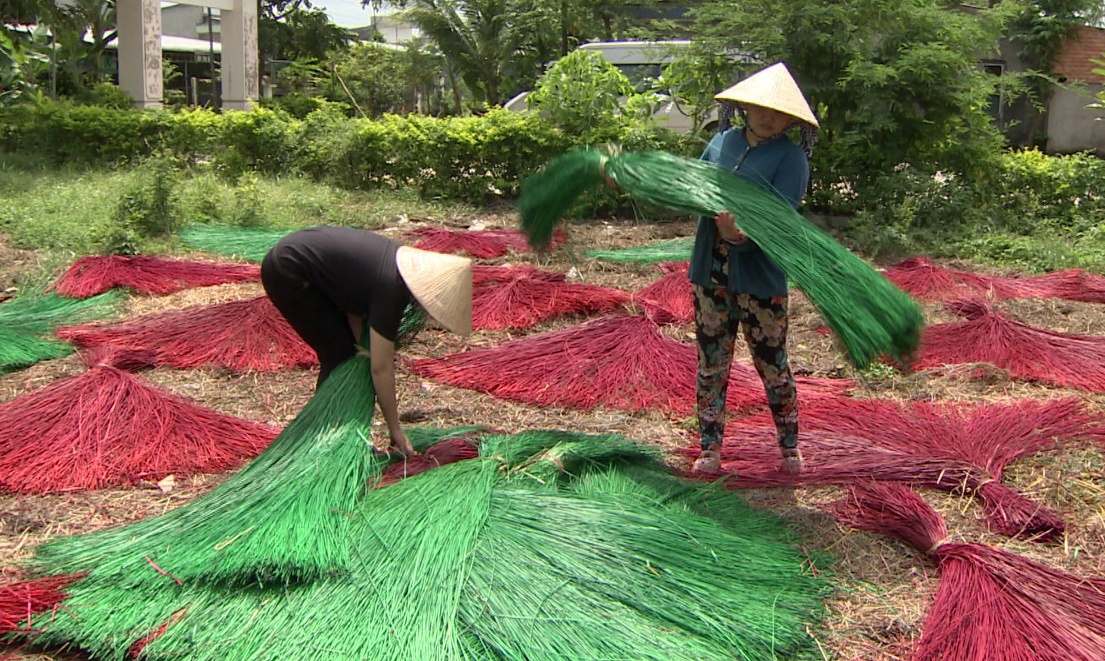 Over many years of operation, 20-10 Cooperatives attracted women to participate

The inclusive financial services of VBSP is very important for the economic development, especially for women in the areas gathering many cooperatives and craft villages like Dong Thap.

Said director of VBSP Dong Thap Branch, Lai Van Be Chin, in recent years, in addition to provide loans to female borrowers, VBSP has prioritized into production models of cooperative groups and craft villages which cover a large number of woman labors, such as the handicraft cooperative 20-10 in Binh Thanh commune, Cao Lanh district. 10 years of operation in the commune, Cooperative 20-10 is a result of the job creation for poor women. Initially, the capital contribution of only VND 1.5 to 3 million and 12 members urged the cooperatives to lend VND 100 million to invest 2 looms and the general materials. Deputy Director of Cooperative Nguyen Cong Nghiep said that the cooperative now has 8 looms, the sources form into assets are loans from VBSP for each woman.

The cooperative is not only creating jobs for 27 members but also having 4 hyacinth basket teams for part time jobs for poor women, about 200 people are members with the average income of 3.5 million/month. Without the steady jobs in the cooperative 20-10, the women work as seasonal laborers in an uncertainty ofsecurity. Monthly income is less than 1.5 million.

In An Hai commune, Binh Phuoc district (Ninh Thuan), the inclusive financial services helps the poor women become the breadwinner of their family to escape poverty. For instance, Ms. Chau Thi An has experiences with several cycles of borrowing money from VBSP’s poor household program in nearly 9 years (from 2008 to the end of 2016). She has crossed the poverty line thanks to her hard work from raising cows. The target of sustainable development expanded further when she join Tuan Tu Cooperative to plant asparagus in 2016. 3 asparagus gardens earn for her family for an 8-month harvest with income on average 1.5 million dong/day, or 1 million dong/day after cost deduction.

The inclusive financial services helps women step by step get out of poverty sustainably, thereby improving the women role in the family and society. Many women not only rise out of poverty, stabilize their lives, but also create positive effects on the community, create more jobs or provide vocational training to help other local women have the opportunity to escape the poverty. 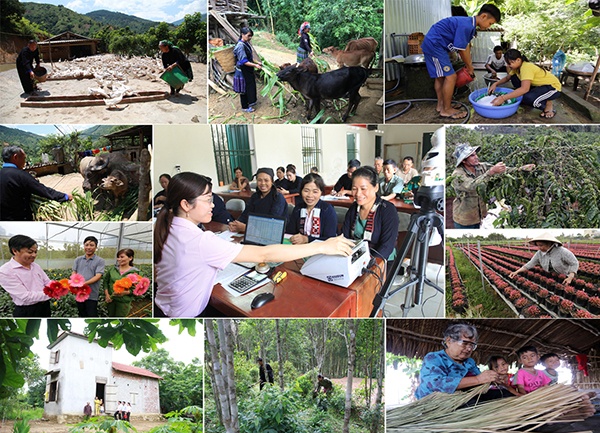 VBSP's operation report is showing an increasing in both quantity and quality to support women. By the end of January 2020, there are more than 2.5 million members via the trust lending activity through the Vietnam Women's Union, with the outstanding loans of more than VND 80,435 billion, which is higher than other mass organization. In particular, lending turnover reached VND 1,560 billion. The ratio of overdue debt is only 0.22% of the total outstanding loans, showing the women’s discipline in repayment. Savings deposit balance reached VND 4,636 billion, highest proportion among 4 mass organizations, which shows that women manner in savings as well as reinvestment.

In the coming years, VBSP will continue to prioritize loans to the poor household, especially the women. With the series of campaigns such as “No one is left behind", "New rural development”, “Supporting women in start up period 2017-2025” and “Building the family with 5 Without-s and 3 Clean-s " has encouraged and  attracted a large number of women and other beneficiaries to respond.