(VBSP News) This year, the Hung Yen Branch of the Vietnam Bank for Social Policies (VBSP), has made great strides to boost disbursement of policy credit sources, helping local residents to lead a stable life. 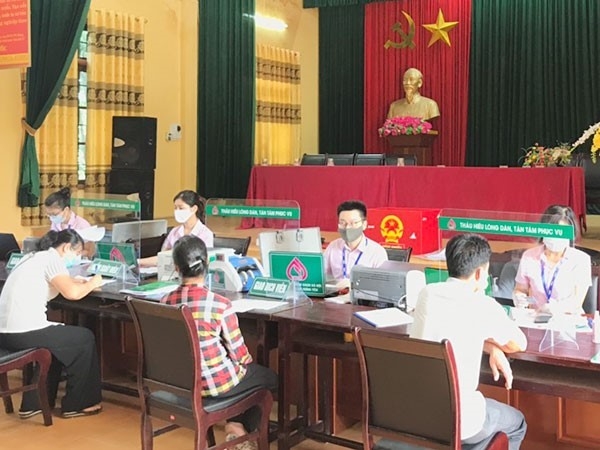 According to director Nguyen Thi Xuan, in the early months of the year, its Hung Yen Branch faced a challenge associated with the lack of people who represented the board of management as several of them had either changed jobs or reached retirement, in addition to the troubles that the pandemic had brought.

Therefore, since the beginning of the year, the bank's top priority was to strengthen the management force to ensure efficiency of policy credit activities.

Amid an accelerated urbanisation and robust economic restructuring, VBSP’s Hung Yen Branch has been distributing capital sources from the central budget, together with mobilising local sources, to enable more needy people and other policy beneficiaries to receive access to preferential capital sources in the spirit of Directive No.40-CT/TW of the Secretariat about fostering the Party’s leadership in policy credit.

In the first half this year, Hung Yen People’s Committee had supplemented nearly $435,000 to authorised capital sources, earmarked to be lent to needy households and policy beneficiaries in the province, bringing such capital sources to surpass $4.8 million, an excess of more than $700,000 compared to end of 2020.

Aside from effectively collecting debts to bolster capital sources, the branch has teamed up with diverse social and political organisations, taking charge of authorised capital distribution to ensure quick disbursement.

As COVID-19 has been leaving detrimental impacts on production and trade, the branch has been reviewing and summarising customers’ losses, and from there presented suitable measures to timely help them unclog these issues.

In addition, following the government’s policy to support people hit by the pandemic, the branch officials came directly to organisations, businesses, schools, and production units to provide updates about state policies, helping more people to access preferential capital packages to weather the storm.

By the end of 2020, the branch and its associated units had lent 15 corporate customers to pay suspension payments valued at more than $117,400 to 534 labourers. In the first half this year, via the branch’s capital disbursement, another 124 labourers received such allowance.

Not only that, in H1/2021, the branch staff contributed $13,650 as gifts to underprivileged people, orphans, and to the national COVID-19 vaccine fund.

The branch’s concerted efforts have contributed to pushing back the black credit threat, boosting the efficiency of the Party and the state's policy for sustainable poverty reduction, while building a new-style countryside, ensuring social wellbeing, political stability, and spurring socioeconomic development in the province.

Xuan, however, noted that in the face of limited capital sources against soaring demands for job creation from local people, the branch would need further guidance and support from local management towards policy credit activities, and expects more than $217,000 to replenish its capital sources to lend to needy people and other policy beneficiaries.

The unit would also make strides in pandemic prevention at different levels, effectively handling assigned credit plans, increasing lending to employers to ensure allowances are paid for their labourers, and helping them reboot production.