(VBSP News) On the morning of September 27th, Dak Lak Provincial People's Committee (PPC) held a conference to review the performance of Vietnam Bank for Social Policies – Dak Lak provincial branch (Branch) during the 2002 – 2017 period after 15 years of its operation. 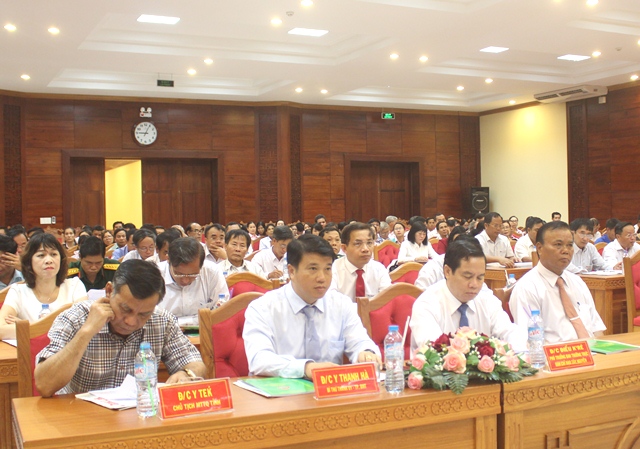 Delegates are at the conference

The Branch was established under the Decision No. 57/QD-HDQT, dated February 14th, 2003 by the Chairperson of the Board of Directors of Vietnam Bank Social Policies.  After 15 years of operation, the Branch has a wide organization network with 01 provincial branch office, 14 district transaction offices and 183 commune transaction points (reaching 99.45% number of communes, wards and townships). Therefore, the Branch is gradually affirming its position and building trust inside the Party committees, authorities at all levels and the people as well as playing an important role in poverty reduction, ensuring social security and building new rural areasat the province.

Up to now, the Branch’s lending source has reached VND 3,976 billion, up 38 times higher than 2002, of which the funding from the Central State Budget reached VND 3,809 billion and entrusted capital from local state budget reached VND 167 billion.
From these sources, the Branch has disbursed VND 9,209 billion as loans to 748,573 beneficiaries; total loan outstanding balance are VND 3,860 billion (a rise of 58 times higher than 2002) with 158,249 active borrowers. 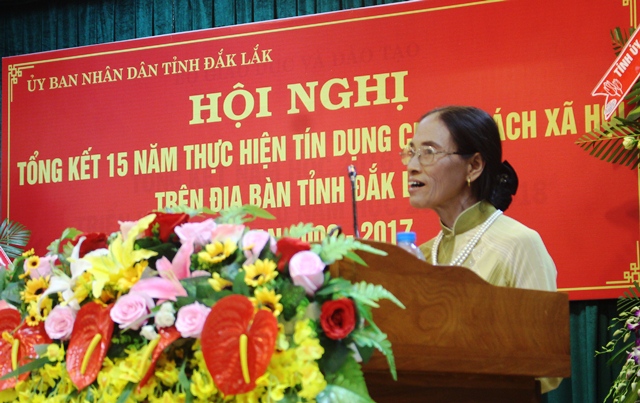 A representative of disadvantaged students speaks at the conference

Promoting the results achieved, in the coming time, the Branch will continue to step up capital mobilization, transfer annually over 20 VND billion from the local budget to loans, provide credit for 100% of the poor people and other policy beneficiaries, disburse more than 99% of the assigned outstanding loan plan, reduce overdue debts to below 0.2%, and strive to have 50% of communes in the area do not have overdue debts. 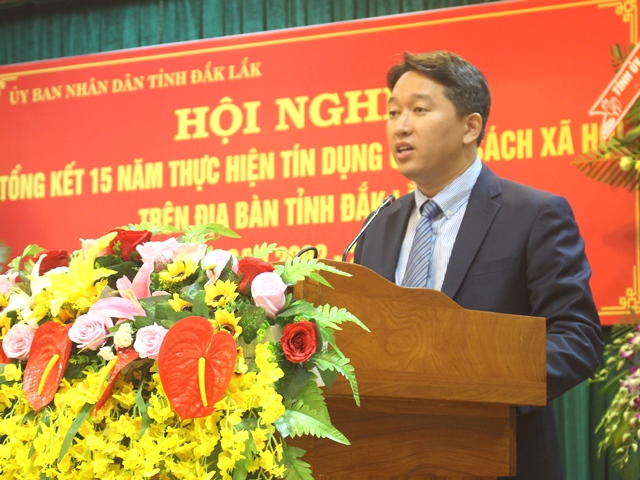 Mr. Nguyen Hai Ninh - Alternate Member of the Party Central Committee, Standing Deputy Chairman of the PPC, Representatives Unit’s Head of the Branch’s Board of Directors

Speaking at the conference, Mr. Nguyen Hai Ninh - Alternate Member of the Party Central Committee, Standing Deputy Chairman of the PPC, Representatives Unit’s Head of the Branch’s Board of Directors acknowledged and praised the Branch’s achievements during the past time. The Branch should continue to coordinate effectively with the Party committees, the Government, administrative agencies at all levels and political and social organizations in the implementation of entrusted funds, he said.

At the same time, Mr. Nguyen Hai Ninh requested the Branch to improve the performance of Savings and Credit Group and promote credit programs assigned by the Government. Besides, he said the Branch need to improve the steering and administration role of communal party committees and authorities for the VBSP’s operation as well as actively advises the party committees, local authorities and the Representative Units at all levels to effectively implement credit programs in the area. 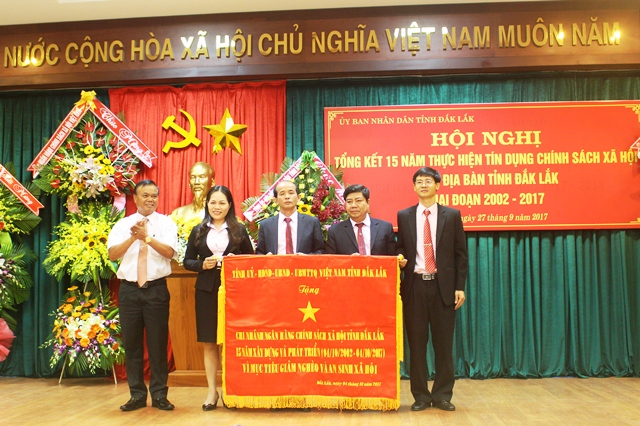 Awarding the PPC’s veil to the Branch 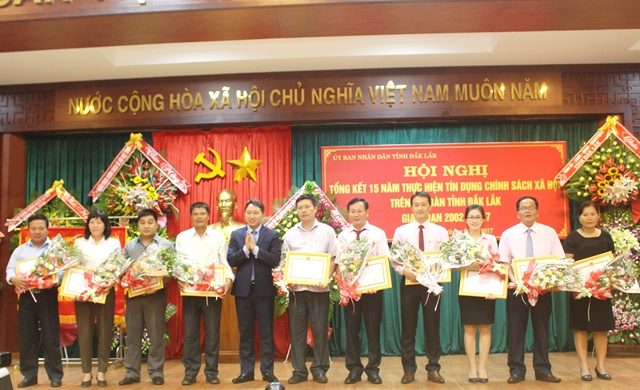 Presenting the PPC’s Certificates of Merit to collectives

On the occasion of the 15th anniversary of the VBSP establishment, the PPC presented a veil to the Branch and awarded Certificates of merit to 25 collectives and 35 individuals.  The VBSP also awarded Certificates of merit to nearly 100 collectives and individuals for their oustanding achievements in implementing the preferential credit policyfor the period 2002-2017 in the area.