(VBSP News) Over 124,000 households in the Mekong Delta province of Soc Trang have escaped poverty thanks to VBSP's inclusive finance over the past 15 years. 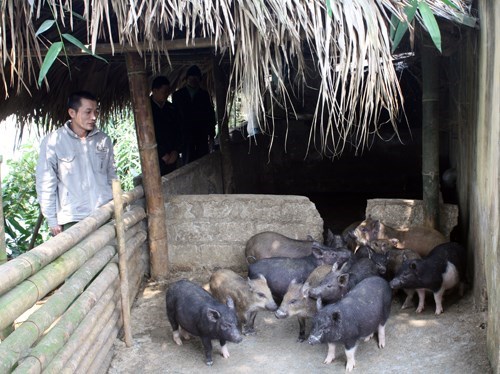 The information was released by Duong Dinh Lang, Director of the Soc Trang branch of the Vietnam Bank for Social Policies (VBSP) at a conference reviewing the 15 years of implementing the Government’s Decree No.78/2002/ND-CP on credit for poor people and other beneficiaries of State preferential welfare policies and the bank’s operation.

The bank has provided preferential loans for over 471,000 poor households and welfare policy beneficiaries and 11 cooperatives, thus helping reduce the rate of poor households in the locality by over 2.5 percent annually and create jobs for over 123,000 labourers.

As of the end of August, the branch’s total capital exceeded 3 trillion VND (132.66 million USD) while outstanding loans totalled over 3 trillion VND. The rate of bad debt fell from 26.61 percent in 2002 to 6.67 percent.