(VBSP News) VBSP is ranked among the biggest micro-finance providers in the world, supporting the poor to access to social policy credits. 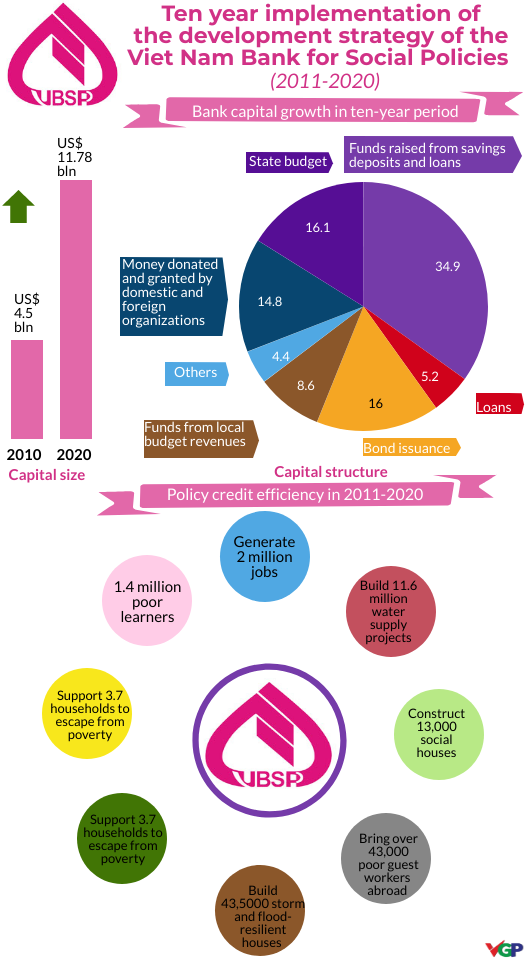 On July 10, 2012, the development strategy of VBSP period 2011-2020 was introduced. The bank is responsible properly implementing the State's social policy credit, in association with developing more effective support services for the poor, near-poor households and other policy beneficiaries.

So far, 21.5 million poor households and other social beneficiaries have accessed to preferential credits worth VND 504,565 billion.