(VBSP News) The proposal would cover contract employees, part-time workers and those on unpaid leave or have reduced income as a result of the Covid-19 pandemic’s impacts on the country. 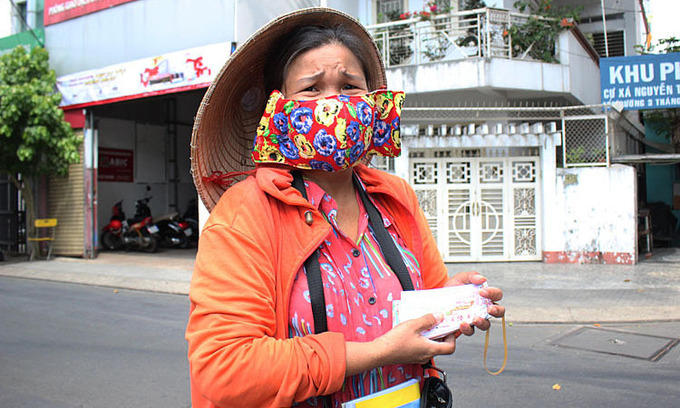 A lottery ticket vendor in HCMC, one of the low-income earners whose livelihood has been affected by the Covid-19 pandemic. Photo by VnExpress/Phan Diep

Prime Minister Nguyen Xuan Phuc made the proposal at a government meeting Tuesday, setting the allowance at half the minimum wage.

Phuc also requested that businesses ensure they have enough funds to pay their affected employees. Those without enough funds would be allowed to borrow from the Vietnam Bank for Social Policies (VBSP) at preferential interest rates, and the State Bank of Vietnam would be required to supply the VBSP with more funds.

Also under the proposal, the poor would receive a monthly allowance of VND1 million ($43), while social protection beneficiaries and those with meritorious services would receive VND500,000 per month. Household businesses that have had to suspend operation and suffer difficulties due to Covid-19 would also be supported with VND1 million per month.

The allowances would be provided over at least three months (until June), and would be taken from the central government and local administrations' budgets, with the total estimated at VND28-30 trillion ($1.2- 1.3 billion).

Phuc said that the current emergency situation requires the government to ensure basic living standards for the people, especially for laborers, the poor, the weak, part-time workers and those who have lost their jobs, as Covid-19 has heavily impacted on not only production, businesses and state budget revenue but also the people's lives.

However, he also stressed that the proposed scheme would "only support the affected people, without overlooking anyone and without letting it be taken advantage of."

As of Wednesday morning, Vietnam had recorded 212 Covid-19 cases, of which 60 had been discharged from hospitals.

Globally, the Covid-19 pandemic has spread to 202 countries and territories, claiming over 42,000 lives.