(VBSP news) Over more than ten years since 2008, besides the main business activities of providing inclusive financial services for the poor and other policy beneficiaries, VBSP has also paid attention to social security activities for vulnerable groups. From only VND 133 million in 2008, the remarkable result with the total fund of VND 188 billion in 2019 is allocated to various groups all over the country.

Firstly, VBSP spends nearly one third of total fund for gratitude activities with the amount of VND 56 billion: Lifetime nourishing 50 Vietnam heroic mothers, currently 30 mothers and 20 mothers who have passed away; supporting the construction of 258 gratitude houses and charitable houses for policy families; giving presents to centers of war invalids in the Vietnamese Wounded Soldiers' and Martyrs' Day (July 27 annually); donating 1,439 savings books to 1,439 Vietnamese heroic mothers and other policy beneficiaries. Secondly, VBSP supports the poor with the total amount of VND 47 billion: Funding support and completing 14 bridges and roads; supporting the construction of 24 school points, classrooms and schools; providing financial support to buy 73 sets of computers for neighbor cultural houses as well as classrooms; supporting the poor to buy 83 breeding cows and others. Handover ceremony of My Dien kindergarten in Lam Dong province 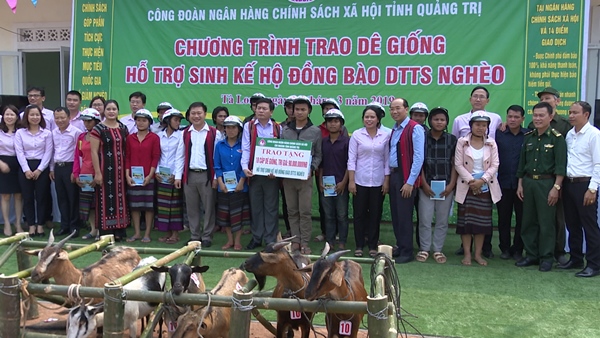