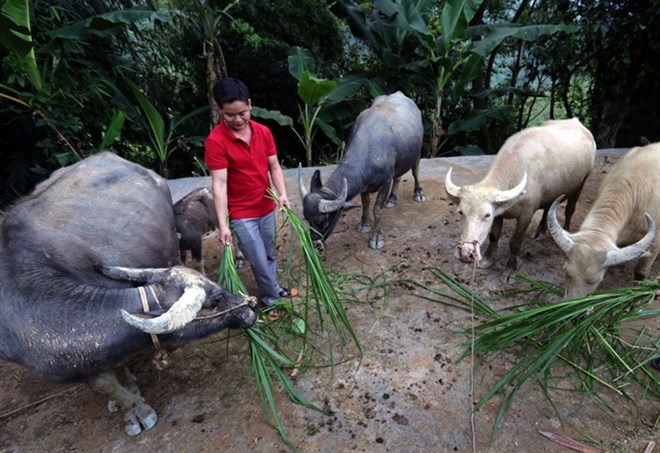 Preferential loans from VBSP contribute to poverty reduction in Vietnam

The information was revealed by Deputy General Director of the Vietnam Bank for Social Policies (VPSP) Tran Lan Phuong at a conference to review the bank’s operation in 2018.

Preferential credit came to all communes, wards and townships nationwide, focusing on those inhabited by ethnic minority people as well as disadvantaged, remote and border areas, he added.

The loans helped create jobs for more than 243,000 labourers, including nearly 6,000 sent to work abroad. Close to 51,000 poor students received loans to serve their study while over 1.3 million clean water and sanitation works were built in rural areas. About 30,000 houses were constructed for poor households, plus more than 2.800 social homes for low-income earners.

According to Phuong, despite high credit growth, overdue debts accounted for a small proportion, only 0.39 percent of total loan outstanding balance by December 31.

This showed that the credit quality was ensured, lending procedures were conducted seriously, and loans were used effectively by right persons, she stressed.-VNA