(VBSP News) By the end of this third quarter, more than $11.26 billion of policy credit under diverse government support packages came to needy households and other policy beneficiaries through the VBSP system, helping many locals to escape poverty in a sustainable manner. 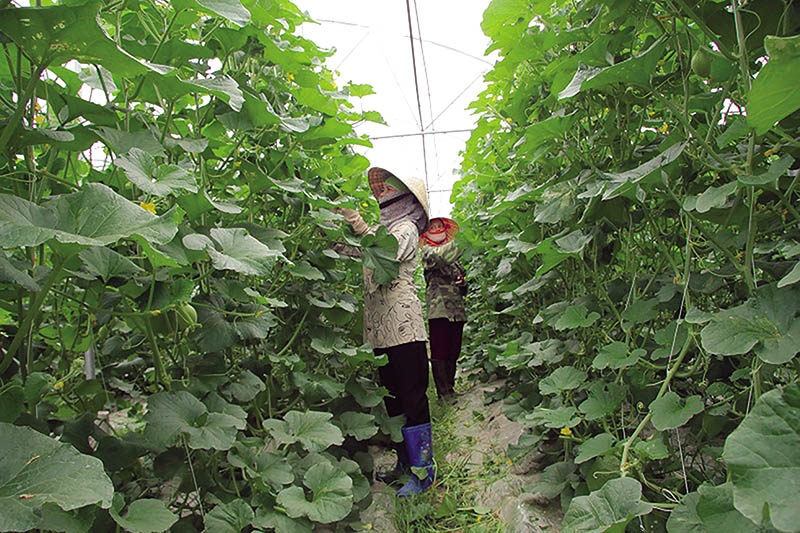 The second group involves credit programs targeting consumer needs such as for housing and learning demands, clean water and environmental sanitation in rural areas, with six ongoing programs. These programs make up 26 per cent of total outstanding balance.

To support businesses with loans to pay work suspension allowances for laborers or restore production in light of Decision 23 dated July 7, 2021 of the Prime Minister, by September 30 the VBSP system had disbursed around $20.08 million to benefit 81,686 laborers in 63 cities and provinces nationwide. These credit sources have contributed to ensuring social well-being and production continuity, creating a catalyst for development in the new normal.

In the past nearly two decades since its establishment, VBSP’s credit sources have reached more than 40 million needy households and other policy beneficiaries. Policy credit sources have come to all communes and wards in the country, giving priority to communes in rural and remote areas, and those belonging in ethnic minorities and areas with special difficulties for development.

These credit sources have helped more than 6.1 million households get out of poverty and create jobs for over 4.7 million laborers. Nearly 134,000 laborers from policy beneficiary families have borrowed from the VBSP system to work abroad under term contracts.

More than 3.7 million pupils and students have taken loans from the VBSP system to support their learning. More than 15.2 million clean water and environmental sanitation works in rural areas, as well as over 744,000 gratitude houses to support needy households and policy beneficiaries were built resorting to VBSP credit sources.

Policy credit has contributed to the efficient implementation of the national target program on sustainable poverty reduction, new countryside development, job creation, ensuring social well-being, social order and security in localities, and pushing up socioeconomic development under the message “Not leaving anyone behind”, from there pushing back black credit in rural areas.

As black credit has become increasingly complex in diverse localities across the country, VBSP’s Board of Management has mandated surveying the possibility of VBSP customers sourcing capital from "black credit" groups.

Quick surveys in several localities in the country’s different parts and statistics by VBSP branch offices show that no VBSP customers have had direct links with such groups.

Just about 150 borrower families suffer indirect impacts with black credit due to the involvement of their family members. On that basis, VBSP envisages seeking approval from the prime minister for pilot implementation of expanded credit program to needy households to serve their legitimate capital demands.

In addition, VBSP has deployed a raft of measures on credit expansion serving production and people’s demands with a view to curtailing the use of black credit, such as raising unsecured lending limit to VND100 million ($4,350) per household and loan duration to 120 months maximally, in parallel to strengthening credit quality management, and joining efforts with local governments and diverse organizations on agricultural, forestry, and fisheries promotion to bolster capital usage efficiency.

Efforts are also made to improve people’s awareness about policy updates in this regard.

Notwithstanding, to enhance the efficiency of policy credit and contribute to poverty reduction, particularly the fight against black credit, VBSP wishes to continue having active support from the central bank (SBV) and relevant government agencies like the Ministry of Public Security.