(VBSP News) As of June 30, Vietnam Bank for Social Policies (VBSP) posted its outstanding balance for the first half of the year at the total of more than 181.76 trillion VND (7.9 billion USD), up 5.8 percent compared to the same period last year. 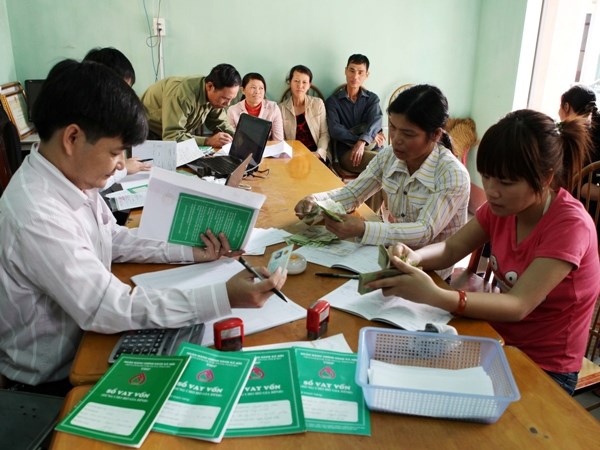 Transactions at the Vietnam Bank for Social Policies (Photo: VNA)

The rate of overdue and charge-off debts made up 0.81 percent of the total outstanding balance.

The total credit for social welfare reached 189.105 trillion VND (8.32 billion USD) over the period, an annual increase of 7.8 percent.

The credit helped nearly 137,000 people secure jobs and almost 10,000 disadvantaged students pursue their study. It also contributed to the construction of close to 840,000 clean water and sanitation facilities in rural areas, as well as over 14,600 houses for poor families.

The VBSP said it has followed the directions of the Government and State Bank of Vietnam, and worked closely with relevant agencies and sectors to complete its assignment.

Established in 2012, the VBSP is a non-profit bank offering full range of financial services to the poor at preferential terms and subsidised rates.