Millions of households escape from poverty thanks to VBSP inclusive finance

(VBSP News) Almost VND 337 trillion (US$14.6 billion) has been loaned to more than 12 million households nationwide under the social policy credit programs over the past five years, helping improve local lives and reduce poverty, according to VBSP. 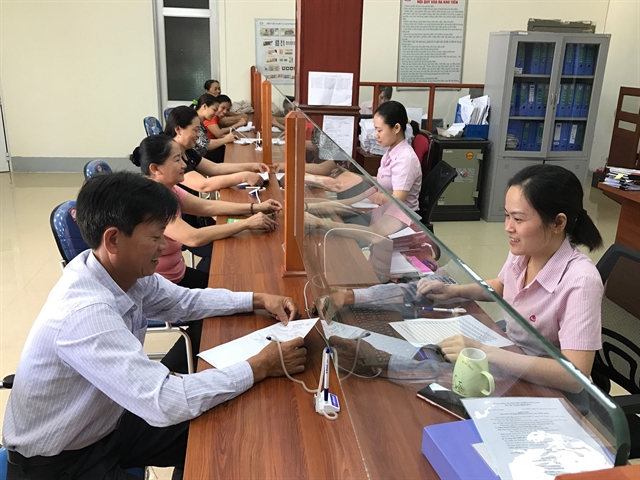 The statistics were revealed on Wednesday at a teleconference which reviewed the five-year implementation of the Secretariat’s Directive No 40 on promoting the Party’s leadership in social policy loans.

Thanks to the loan policy implemented since late 2014, more than 2.1 million households have escaped poverty. The percentage of poor households in multidimensional poverty fell from 9.88 per cent in 2015 to under 3 per cent this year.

The secretariat’s directive which was issued in November 2014 on promoting the Party’s leadership in social policy loans shows the special attention of the Party towards poor people, he added.

“The social policy credit is an important key to the national target program on sustainable poverty reduction. It has provided huge loans to poor people” Binh said.

Over the past five years, nearly 346,000 students accessed the loans to continue studying while more than 1.5 million gained employment, including 24,000 laborers going abroad to work. More than 7.3 million water supply and hygienic works in rural areas and nearly 142,000 houses for households and other beneficiaries were constructed. So far all localities nationwide have collaborated with the VBSP to provide the loans.

However, sustainable poverty reduction remains a challenge amid rapid international integration. Viet Nam faces risks of re-impoverishment due to natural disasters. State budget on poverty reduction is limited compared to increasing demands of the poor and other beneficiaries.

He urged more effective implementation of social policy loans to support poor and disadvantaged people in the context of diseases and climate change which have affected local production and livelihoods, especially those from ethnic minority groups and living in mountainous remote areas in northern and Mekong Delta provinces. He highlighted the importance of mobilizing sources from businesses and social organizations in providing loans.