Employment for the poor and other disadvantaged groups

Over the past 17 operation years, the job creation loan program from Vietnam Bank for Social Policies (VBSP) has generated new jobs for nearly four million laborers, making such a significant contribution to mitigating the unemployment rate from 5.87% in 2003 to 2% in the end of 2018. To achieve the outstanding achievement is subject to a long term process of making effort and renovation in the credit policy for job creation in line with the actual practice in VBSP. Up to now, the utmost expectation of VBSP is aimed to mobilize more capital source from domestic and international organizations and donors so that VBSP could extend loans timely to respond with the increasingly borrowing demand of enterprises and laborers. 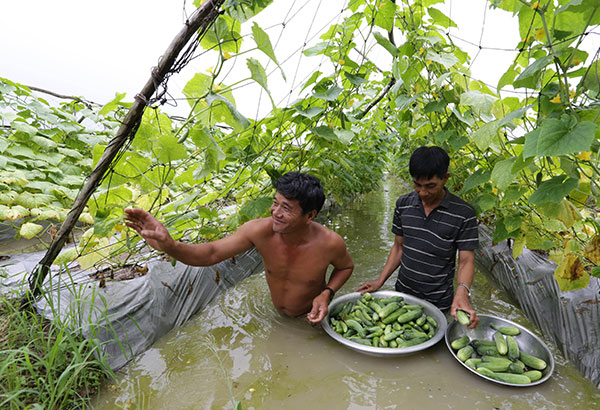 Remembering the operation period in 2003 – The first establishment year, VBSP coped up with too much difficulty when taking into operation due to the limited capital source, shortage of facilities and infrastructure, backward technology, lacked and inexperienced staff. Moreover, VBSP received three preferential credit programs including credit for poor households from Vietnam Bank for Agriculture and Rural Development, credit for disadvantaged students from Vietnam Bank for Industry and Trade and job creation loan from State Treasury with too high default rates. Total outstanding loans of job creation program being handed over from the State Treasury is VND 1,533 billion, the delinquency rate accounted for 10.1% which threatened so high credit risk for VBSP at that time. In such a very difficult situation, a question for VBSP is how to improve the credit quality, decrease the non performing loan rate for the job creation program.

Over 3.7 million employees have stable jobs

During the past 17 years, as of July 31st, 2019 total capital source of job creation program reached VND 17,286 billion, increased by VND 15,290 billion compared to 2003, of which the capital from the National Employment Fund is VND 4,525 billion, the capital mobilized by VBSP is VND 4,010 billion, the local budget funds transferred to VBSP is VND 8,751 billion. Total outstanding loans achieved VND 17,156 billion as of July 31st, 2019 with 527,000 active customers, average loan size is VND 33 million/labour. Total lending turnover reached VND 46,938 billion, with nearly 2.4 million turns of customers, generated jobs for over 3.7 million laborers.

One of many customer success stories is Le Mong Long, the owner of a wooden chopping-board making facility in Lai Thieu ward’s Hoa Long quarter in Thuan An town last year got VND 50 million in loan from the town’s VBSP branch to buy more materials for production. As of now, his facility has not only used the loan effectively, but also created regular jobs for 4 workers with stable income. On average, he can earn more than VND 15 million from the facility every month. He also wanted to get more loans for production expansion. Or, Le Kim Khoi and his wife residing in Vinh Phu ward’s Trung quarter in Thuan An town also got VND 100 million from the town’s VBSP branch to buy machines and equipment for making wooden shoes at home. Currently, his facility generates stable jobs for 4 laborers with the average income of between VND 4 million and VND 5 million per person per month. It is known that every month, his facility supplies 2 agents in Ho Chi Minh city with 4,000-5,000 pairs of wooden shoes. On average, he and his wife can secure the monthly income of between VND 10 million and VND 12 million from the facility. 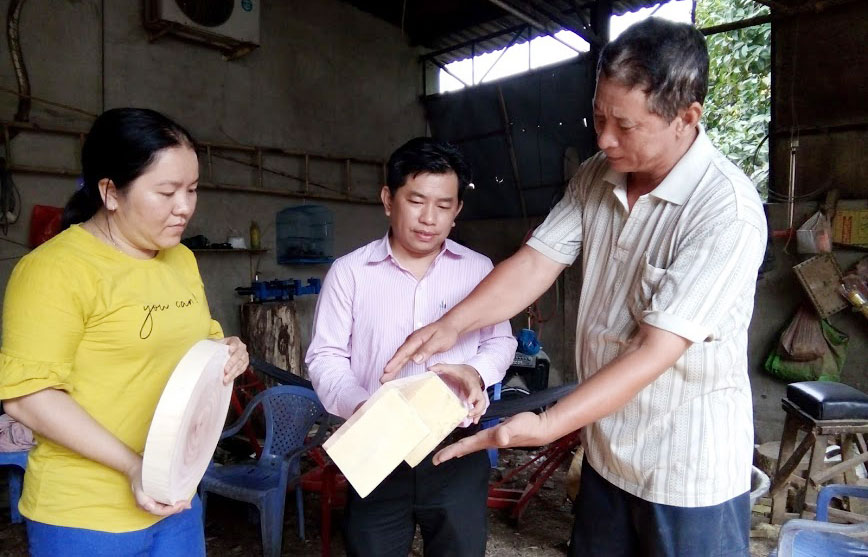 Le Mong Long (the first from the right), the owner of a wooden chopping-board making facility in Lai Thieu ward feels excited because of getting loans for production

Another successful story of customers is the farm of Mr. Nguyen Huu Quang's family in Yen Dinh district, he said: “On the first day of my career, I had many questions: What should I do to change my life? What should I do to escape poverty and become rich?” In 2015, after being hired to work out of town, Mr. Quang decided to return to his hometown to invest in developing a model of synthetic breeding farm. However, due to limited capital, he had to borrow with high interest rate, thus, economic efficiency was not high. In 2017, through the Job Creation Program of VBSP Thanh Hoa province, Mr. Quang borrowed VND 100 million. Thanks to this capital, he invested in breeding buffaloes, cows and expanding the scale of his fish pond. Currently, his farm brings more than VND 1 billion, deducting operating expenses, he earns about VND 200 million profit, and creates jobs for 5 workers with the salary of more than VND 5 million/ person/ month. Mr. Quang said: “Our first difficulty is capital. Many young people, when embarking on economic development, do not have capital so they are easily discouraged. For me, policy credit capital for young people is a driving force for economic development”. 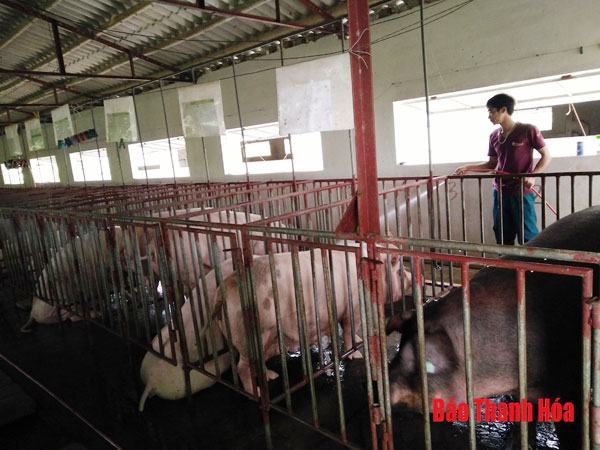 In addition, thanks to preferential loans from Job Creation Program’s VBSP, tourism in Cai Rang district (Can Tho city) has been developed and attracted both domestic and foreign tourists. At the floating market near Cai Rang bridge, floating raft of War Veteran Union in Yen Binh area attracts a lot of tourists. Mr. Nguyen Thanh Dung - Head of Savings and Credit group of War Veteran Union and Head of the Cooperation team, who is in charge of managing the operation of floating raft, said “There are 4 members participating in floating raft business serving breakfast, refreshments and amateur music. In addition, there is one member rowing boat to sell fruits around floating market. Thanks to enthusiasm and promotion policies, the number of tourists is increasing, bringing stable income for all members. Initially, other than their savings, each member borrowed VND 50 million from the VBSP's Job Creation Program to invest in floating raft. After 2 years, the project achieves economic efficiency. Currently, revenue from floating business can ensure their monthly income, so we plan to expand business scale to serve tourists’ needs and introduce them to local culture and product ssuch as knitting, sewing, etc”. 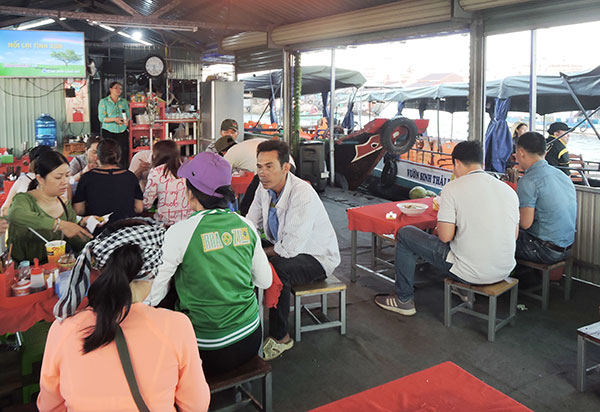 According to the evaluation of the Department of Labor, Invalids and Social Affairs in Thai Binh province: “The job creation credit program of VBSP has made such an active contribution to supporting loans for enterprises and households to generate employment and self-employment, expand business and production, diversification of commodity in the market in rural areas”.

The credit from job creation program also contributed to changing the perception of small business households who have not caught up with the large production approach. Through this credit program, there have been a lot of excellent business and production models not only in urban areas but also in remote, mountainous, rural areas, islands and in ethnic minority’s communities. 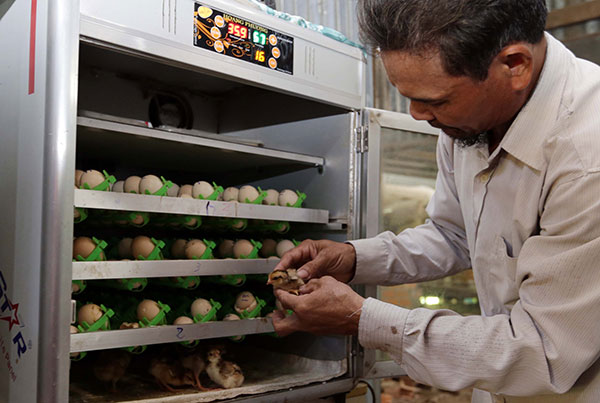 According to the evaluation of the Ministry of Labor, Invalids and Social Affairs, the job creation credit program along with the operation model of VBSP is effective and efficient. To achieve the fruitful result on mobilizing capital source, organizing and implementing the credit programs, VBSP has formulated comprehensively the organizational model and credit management mechanism in accordance with the actual practice of Vietnam. This is a powerful operation network of VBSP ranging from central level to grass-root level with 63 provincial branches, 631 district transaction offices run by over 9,000 employees who have devotion and experience in credit operation.

The operation network of VBSP also covers around 11,000 fixed-date transaction points at commune level, which creates the most favorable conditions for targeted clients, especially poor households and ethnic minority households to access to inclusive finance. This large operation network has mobilized various resources and timely delivered micro credit to poor households and other disadvantaged groups in such a saving and safety manner.

Moreover, VBSP has established a partnership model with mass organizations including Vietnam Women Union, Vietnam Farmer Union, Vietnam War Veteran Union and Youth Union in the lending process such as coordinating with VBSP to communicate credit policies to poor households and other disadvantaged groups, establish and supervise savings and credit groups, monitor the loan use process, remind borrowers to repay loans on due time etc. VBSP collaborates with mass organization to establish nearly 200,000 savings and credit groups. Each savings and credit group includes 5 to 60 members who are targeted clients joining voluntarily the group to help one another. This initiative has encouraged the community participation in financial inclusion, deliver credit service timely to targeted clients, help them know how to utilize loans for proper purpose to improve likelihood and sustainable poverty reduction. VBSP collaborates with local authorities to provide credit services timely and adequately to right, target clients. Acting as the key role in microfinance development and management, VBSP’s branches at level pro-actively organize and implement credit programs, instruct, control and supervise to improve lending quality. As a result, VBSP inclusive finance has become one of the economic leverages in poverty reduction and social security. 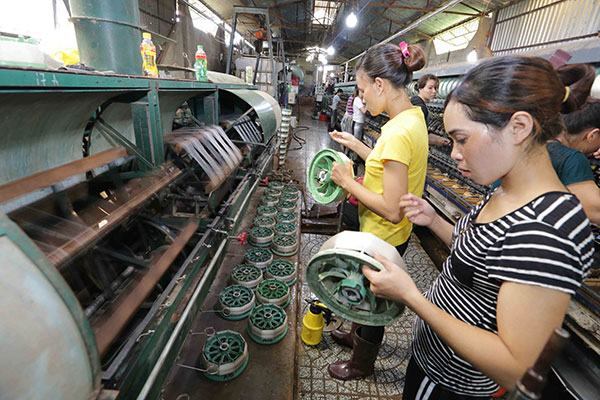 To promote the job creation credit program more effectively and efficiently, respond with the increasing borrowing demand, VBSP always makes its effort to figure out measures to mobilize the capital source, study the international practice and successful lessons and experience to renovate the loan procedures of the job creation program. According to the direct feedback from local authorities and mass organizations and targeted clients, the borrowing needs of residents is increasingly high whereas the funding source of the job creation program is very limited.

To satisfy with the borrowing demand of enterprises and employees, create stable jobs and improve local living standards, especially poor households and other disadvantaged groups in remote, rural areas, VBSP would like to promote cooperation with domestic and international financial organizations and donors to develop stable, long-term capital source with preferential interest rate and technical assistance for strengthening the job creation program. 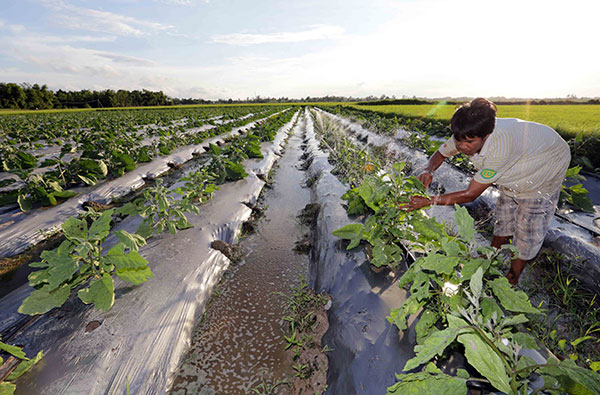 In apparel with providing loans for job creation, VBSP pro-actively boosts more close collaboration with relevant agencies at level (i.e. Agriculture and Fishery Extension Center, mass organizations etc.) to provide training, guidance and orientation for borrowers in terms of business, production and advanced technology transfer. VBSP shall coordinate with local mass organizations and savings & credit groups to disseminate and communicate preferential credit programs to poor households and other disadvantaged groups in remote, mountainous, rural areas, islands as well as encourage borrowers to use loan for right purpose, repay on time, supervise and manage the credit operation better. To conduct these measures will be a leverage for VBSP to optimize the preferential credit operation in society, generate new employment for workers, reduce the unemployment rate, contributing to new rural development, poverty reduction and social security.

BOX: According to the prevailing regulation of the Job Creation program, the lending interest rate for production establishments and business (including small and medium enterprises, cooperatives, cooperative groups and household business) and employees is equal to the current interest rate for poor households. For production establishments, businesses with at least 30% of workers being people with disabilities, ethnic minority; both people with disabilities and ethnic minorities shall get loans from National Employment Fund with interest rate equaling to 50% of which applicable to poor households. The loan term shall be 60 months, specific loan terms shall be discussed between the bank and borrowers. The maximum loan amount is increased from VND 500 million per project to 01 billion dong but not exceed VND 50 million per new job.